Ready to Make Your Life Easier?

Michael D. Frederick is an internationally recognized Master Teacher in the field of Psycho-Physical Re-Education (mind-body learning) with over 40 years of teaching experience. He originally trained as an Alexander Teacher in England with Walter & Dilys Carrington and in America with Marjorie Barstow (Master Teachers trained by F.M. Alexander in the 1930s). He is a active member of The American Society of the Alexander Technique (AmSAT), The Society of Teachers of the Alexander Technique-London (STAT), and Alexander Technique International (ATI). He studied in the U.S. and Israel as a Feldenkrais Practitioner with Dr. Moshe Feldenkrais, and has extensive training in the Yoga tradition of T.K.V. Desikachar from Chennai (Madras), India. Michael also trained as an actor at the prestigious Bristol Old Vic Theatre School in England and at The Baron-Brown Studio (a two-year training based on the teachings of Sanford Meisner) in Los Angeles. He has a Bachelor of Science Degree in Theater & Speech from the University of Wisconsin-Whitwater (1968).

Michael is Founding Director of the first three International Congresses on the Alexander Technique (Stony Brook University, New York, 1986; University of Sussex, Brighton, England, 1988; Engelberg, Switzerland, 1991) and is currently Chairman of the Alexander International Congress Board of Directors. Michael has organized and taught over 150 workshops in the U.S. and Europe since 1978. Michael worked for two years at the Los Angeles Philharmonic Institute, and taught for over a decade in The Old Globe Theatre’s MFA Acting Program at the University of San Diego. From 1994 to 2000, Michael organized Alexander Technique Master Classes with Elisabeth Walker and Marjory Barlow (F.M. Alexander’s niece) in San Francisco, Basel, and Paris. He has conducted presentation skills seminars for upper level corporate management with such companies as Du Pont Corporation, Merck Pharmaceuticals, and AMOCO. He is former Chairman of the American Society for the Alexander Technique (AmSAT) and is currently both a Co-Director and on the Board of Directors of the Alexander Training Institute-LA (ATI-LA). Currently, Michael has a private practice in Los Angeles, Ojai, and Santa Barbara, California.

What is the Alexander Technique? 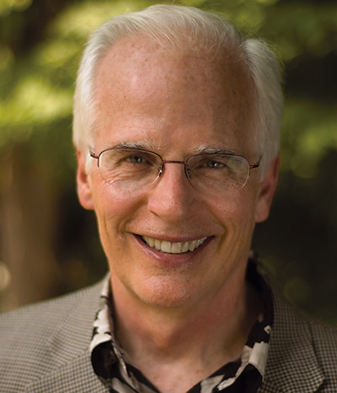 You may notice my logo incorporates an "enso." The reason being, in Zen Buddhism, an enso is a circle that is hand-drawn in one or two unhibited brushstrokes to express a moment when the mind is free to let the body create. This Zen Circle represents the essence of non-doing...no action within action.